Executives who successfully reach the finalist round of an interview process achieve something special. Hundreds of qualified candidates apply for these positions. Only 25 candidates are invited to interview in round one, sometimes even fewer. After four or five rounds of interviews the field narrows to two. Unfortunately, the company will only select one person for the job. While it is an accomplishment to reach the finalist round the second-place candidate receives the same reward as everyone else eliminated in earlier rounds, a rejection letter. The reality is, finalist interviews require different tactics.

The following is a story of a client we will call “Allison” who put in the hard work with us to prepare for a finalist interview and claim the prize.

Allison performed well in the early rounds of the interview process, advancing all four times. Now, she was a finalist. There was only one other candidate. During our preparation session for this finalist interview, I shared that we needed to adjust our tactics. She wasn’t sure why we needed to change tactics given the success in previous rounds.

“The game changes in the final round,” I shared. “You’ve already visited with everyone and they know the answers and the stories you gave in the earlier rounds. It’s no longer about qualifications. It’s about who they like more and fits in their culture better.”

“We need to thoroughly analyze who they are and what their hot buttons are as individuals,” I shared. “Then, we need to help them see you as the right fit for their team and a better choice than the other candidate.”

“People make decisions based on what’s in it for them personally before they focus on the greater good of the organization,” I explained. “The individual will often justify his/her personal decision using rationale for the good of the company. But their decision is almost always derived from a personal connection and how it affects them individually. Every person participating in the interview has some level of influence.”

“Why not just focus on the main decision maker?” she asked.

“Good question. While there is usually someone who will make the ultimate decision, that person will rarely go completely against the tide if the rest of the team says they prefer one candidate versus another.” I shared. “It does happen, and the votes are almost never equally weighted. The best scenario is to make sure the decision maker is on your side along with most of the others.”

Many clients have shared feedback from recruiters who indicated they were the top choice by most of the interview participants. However, someone involved in the process was adamantly opposed to them. Their strongly voiced minority opinion can sometimes sway the group even when a majority of the interviewers found someone else was the better candidate. It will be important to research each of the interviewers to learn more about what motivates them as individuals.

Researching individual interviewers requires an investment of time, the right resources, and the skills to be able to do some higher-level analysis. Most candidates do not do this kind of research and analysis and they walk into interviews flying blind. We guided Allison through each of the steps to make sure she was better prepared. Finalist interviews require different tactics, after all.

“First, we have to know who they are,” I said. “Ask your point person for an itinerary as soon as possible. This will show all of the participants, when you are meeting with each, the format and for how long.”

“Yes, the recruiter sent that to me yesterday,” Allison shared. “I looked at it briefly but didn’t think too much of it. It looked pretty standard.”

“Please send it to me and we will help you research each individual,” I said. “There is a trove of information included in the itinerary that doesn’t immediately resonate with people who don’t do this all the time like we do. Social media sites, like LinkedIn, provide great clues as well. Our team will help you analyze each person to find these clues.”

The data available today is immense. In most cases you can see the person’s career progression, their educational backgrounds, their hobbies, and interests and even their friends, family, and greater network. Their age, background and how they project their image can tell you a lot. Gathering the information is just the first part of the research. Analyzing what it means about how they view the world and what makes them tick is the most important part. Researching the people interviewing you will give you more confidence when you show up on interview day and consequently you will perform better.

Gather Data on Your Competitor

Most candidates never know who their competitor for the job was unless they lost and see who was ultimately hired. Learning as much as possible about your competitor ahead of the interview will help you subtly differentiate yourself. It gives you a competitive advantage. Unfortunately, job seekers do not know how to get this information or simply won’t do it because it feels awkward to ask about. We advised Allison about how to do this and gain a competitive advantage.

“The executive recruiter who put you forward is a great resource for this kind of information as well. If you ask, they will often tell you, though they might not give specific details about the other candidate. You can ask them to share what the interviewers not only like about you but also what they like about the other candidate. Where are the differences between you?”

“I didn’t even think of that,” Allison stated. “That could be useful. Why would they share that?”

“Because they’re human and they have their own interests,” I shared. “It’s in their interest to make sure the company likes at least one of the candidates enough to offer the position. If not, the company will tell the recruiting firm to start all over. Worse yet, they might fire the firm and hire another one if they don’t feel it was productive.”

“What if they won’t share any information? Or, what if it isn’t through a recruiting firm?” Allison asked.

“You’ve also followed our guidance and made other connections inside the company,” I reminded her. “One of the reasons we urged you to reach out to so many people inside the company was so you could gather as much information as possible that could help you later. Is there someone you can think of who might be willing to help you?”

“Actually, yes,” she said. “I had a great conversation with the VP of Operations. She was on one of the interview panels in the second round. She replied to my thank you email that she was pulling for me and felt I would be the best fit for them.”

“Great,” I said. “Keep in mind, there’s a good chance your competitor is doing this same thing to learn more about you.” Finalist interviews require different tactics, of course.

Now that you know more about your competitor for the job, how do you leverage this valuable information? This requires the art of subtlety. If you go after your competitor directly it could be viewed as an attack and it might backfire. Your comparisons should be made in general terms highlighting your strengths or pointing out the downsides of choosing someone who does not have the strengths you possess.

“For instance, your skills as a Chief Marketing Officer are more current and relevant to the big changes that have taken place in the world of marketing over the last few years,” I said. “You know your competitor is more senior in his experience and has been a CMO for the last 10 years. There’s a good chance he is not as in tune with these recent changes because he has been removed from the day-to-day operations for so long.”

“Highlight the importance of having more detailed knowledge of these many changes. Point out how you’ve helped your previous company pivot and grow rapidly when the old marketing channels started fading,” I recommended. “Then, you can mention that many companies have lost ground to their competitors, or went under, when their CMO was out of touch and still trying to rely on these old methods that don’t work as well any longer.”

She Understood What to Do

“I see,” she said nodding. “So, I don’t have to say anything directly about him. It’s kind of like planting seeds in their minds so they start to see him as out of touch and me as more up to date and relevant.”

“Exactly!” I replied. “There are numerous areas in which you can do this without it coming off as an attack. You are just drawing a distinction between you and a hypothetical candidate in a fair and professional way.”

We went further in our preparation session to find more ways to competitively differentiate. Then, we worked on specific verbiage to use so it would be delivered in just the right way.

Close for the Offer

“Anything else I should do differently in the finalist interview,” Allison asked.

“Yes. Ask for the job,” I said. “In the earlier rounds we recommended that you close for a commitment to part of the next round. There are no more rounds. Time to close for the job.”

Candidates struggle with asking for the job. Most humans fear asking for a commitment from another person for just about anything. We fear a negative response, a rejection. There is no downside of showing you really want the job and are asking to be chosen for their team. The added enthusiasm can only add to your chances versus the risk of them thinking you don’t really want the job or might reject them.

“Keep in mind,” I shared, “if you are the front runner and you don’t ask the for the job, but your competitor does, it might tip the balance to him. Don’t let your competitor take your job away from you!”

Allison followed all these steps to prepare for the finalist interview. It was a lot of work for both her and our team. In the end, it was worth it when the call came through with the offer. When you are facing the challenge of pushing through the hard work needed to win in the finalist round think forward to the day when you get the news about the outcome. Do you want to experience the emotions of the rejection email or the jubilation of the offer? Channel the energy from those future emotions to push you forward. The future You will thank the You of today for it. Don’t forget, finalist interviews require different tactics. 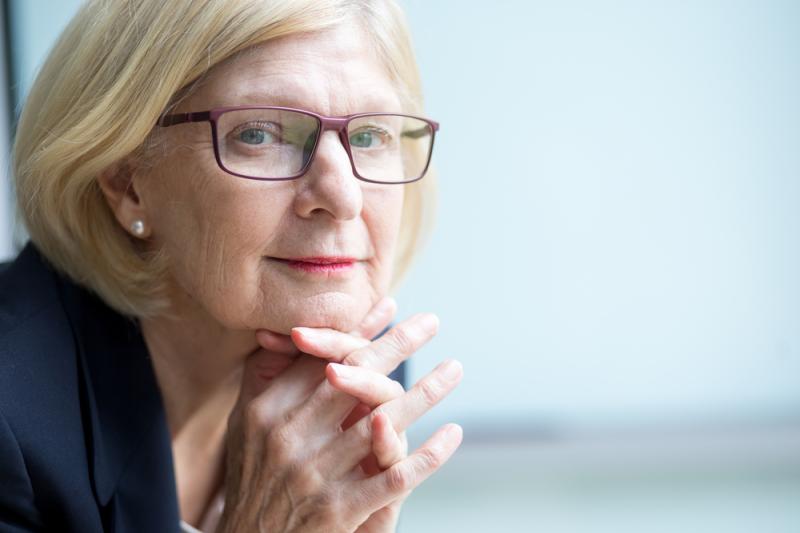 The 4 Reasons for Ageism